Cannabinoids, Terpenes and the Entourage Effect 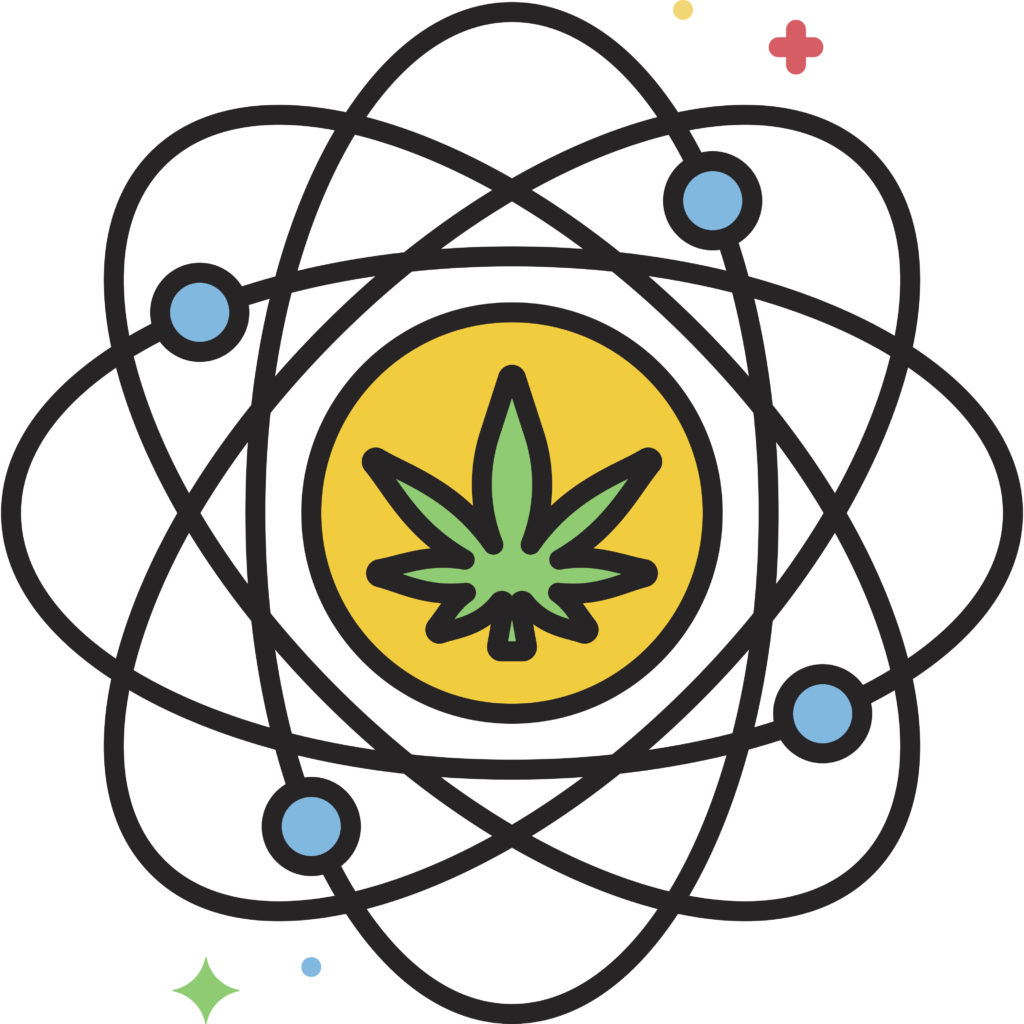 If you’ve ever wondered why some marijuana gives you a different; more concentrated high than others you may think its the THC but there is more to the story. But whether you’re shopping for medical or recreational marijuana, if you’ve spent any time in a Phoenix-area dispensary recently, you may have experienced an apparent phenomenon occurring across the region—one that involves some variation of the following utterance: “Hey, uh, let me get your highest THC strain.”

These days, there’s a lot of focus on the potency of tetrahydrocannabinol (THC), the cannabinoid best known for inducing the psychoactive effects for which marijuana is quite popular; and it’s not necessarily for any unwarranted reason.

After all, the amount of THC present in a product directly correlates to the expected intensity of a particular stony excursion, and who wouldn’t want to feel like they’re getting the most bang for their hard-earned buck?

However, when it comes to perceived overall value, there may be a better way to get your money’s worth: something an increasing number of those within the industry refer to as the Entourage Effect.

Centered around the notion that cannabis is most beneficial when consumed whole, the Entourage Effect is not an entirely new concept. However, as scientific research progresses, and more data about the effects of cannabis has become available, it has become a more frequent topic of conversation.

Head into any Valley dispensary and you’ll most assuredly come across products marketed as full-spectrum, full-panel or whole-plant cannabis.

If you’ve had trouble discerning the meaning of these distinctions, you’d be forgiven, especially since any discussion that invokes the human endocannabinoid system tends to gloss one’s eyes over as if they’ve just taken down the fattest of dabs.

While the subject matter may seem dull at first glance, the science behind full-spectrum cannabis as it pertains to the Entourage Effect is deceptively interesting.

As the term suggests, full spectrum products are cannabis products containing the full spectrum of compounds present within a given plant. While THC is certainly present in the product, it hasn’t been isolated, which means other important elements are kept in-tact, providing additional benefits to the user.

At the molecular level, cannabis has an interesting composition. Its flower grows to fruition replete with over 100 compounds ranging from tasty to healthy—many of which may contain potential benefits that have yet to be discovered. These compounds interact with, you guessed it, the endocannabinoid system, with which each human is equipped. This system consists of CB-1 and CB-2 receptors that process the cannabinoids in different ways producing a number of potential results.

In addition to tetrahydrocannabinol (THC), you’ve probably heard of cannabidiol (CBD), which has gained popularity in recent years as a form of pain relief that is effective without the psychoactive effects present in THC. Individuals who consume a strain particularly abundant in CBD sometimes describe fuzzy or tingly sensations that accompany their high

A relative newcomer to the mainstream, cannabigerol (CBG) has recently emerged as a sort of compound du jour in the sense that it is currently enjoyed by many health fad enthusiasts in a manner similar to that of CBD during its own introduction to widespread commerce.

That’s not to knock its popularity by any means—there’s certainly a reason as to why it has recently to be heralded as a “wonder drug” by some.

Particularly, those who have followed its potential as a treatment against certain forms of cancer have been especially hopeful of the cannabinoid. Of course, while preliminary findings hint at promising implications, it’s important to note that research is somewhat limited, as of yet, and practical application could potentially be any number of years off.

Another new kid on the block, cannabichromene (CBC) is hoping to earn its way into a mainstream berth. Like CBG, there is limited research available on CBC, but the existing data shows a lot of promise. In particular, CBC has sparked interest in its potential as a treatment for depression, as well as for its analgesic properties.

Depending on who you ask, terpenes can sometimes be hard to detect. However, it’s arguably their absence in a product that most tend to notice. When it comes to concentrates, for instance, where some extraction processes strip out many of the compounds in cannabis, a bland void often stands in the stead of a robust flavor profile.

Some terpenes are more easily recognizable than others. For example, the peppery aroma or flavor of caryophyllene is unmistakable, as is the citrus zest of limonene, or the piney characteristic of pinene. These terpenes, and their counterparts, make up the robust flavors that most cannabis consumers will easily recognize in their favorite strains.

Interestingly, caryophyllene is the only known terpene, as of yet, that also acts as a cannabinoid, which is to say that it is capable of activating the body’s CB2 receptors on its own, resulting in anti-inflammatory and antioxidant effects.

Research suggests that terpenes can actually enhance the effectiveness of THC and other cannabinoids.

To put it simply, the Entourage Effect is a collaboration. It can best be described as a group effort, wherein terpenes, cannabinoids and other compounds work together for the greatest good. Each element represents a piece of the puzzle, which, when combined, unlocks a full range of benefits.

Once you’ve experienced the effect, you may notice a difference in your high when interacting with THC-isolated products.

It’s possible that you may even prefer the benefits of a THC-only high to the full-spectrum experience. Theoretically, there are potentially limitless combinations of cannabinoid profiles, each one with a unique balance and configuration. The only way to know exactly what works best for you is to try as many as possible. After all, one of the most enjoyable aspects of cannabis consumption is discovering new ways to enjoy the plant. 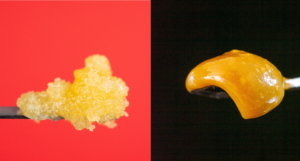 Resin vs Rosin: Which is the Better Concentrate for You?

When it comes to consuming cannabis, one method has experienced a seemingly exponential growth in popularity throughout the past decade: concentrates.