There are a number of ways to interact with cannabis. Educate yourself on the different cannabis products that you can find at Greenpharms and other dispensaries.

The different products will require different methods of consumption, figure out which combination you love. 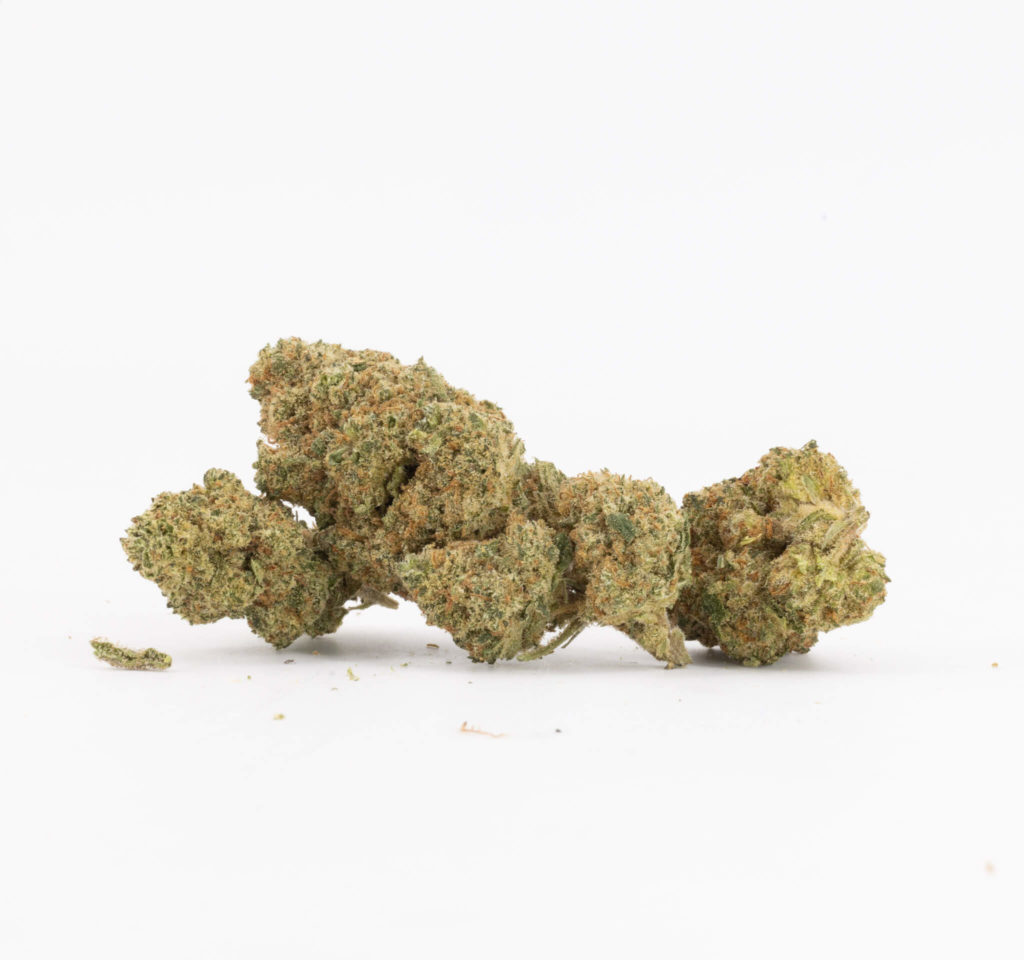 Flower is a term for the buds produced by cannabis plants. It is typically sold prepackaged, deli-style or by pre-rolled joint. Flower comes in all shapes, colors, and textures dependent on the strain genetics and growing techniques. People may roll up flower, as well as use pipes or bongs along with other methods to consume.

Prepackaged flower is commonly sold in one of the following weights: 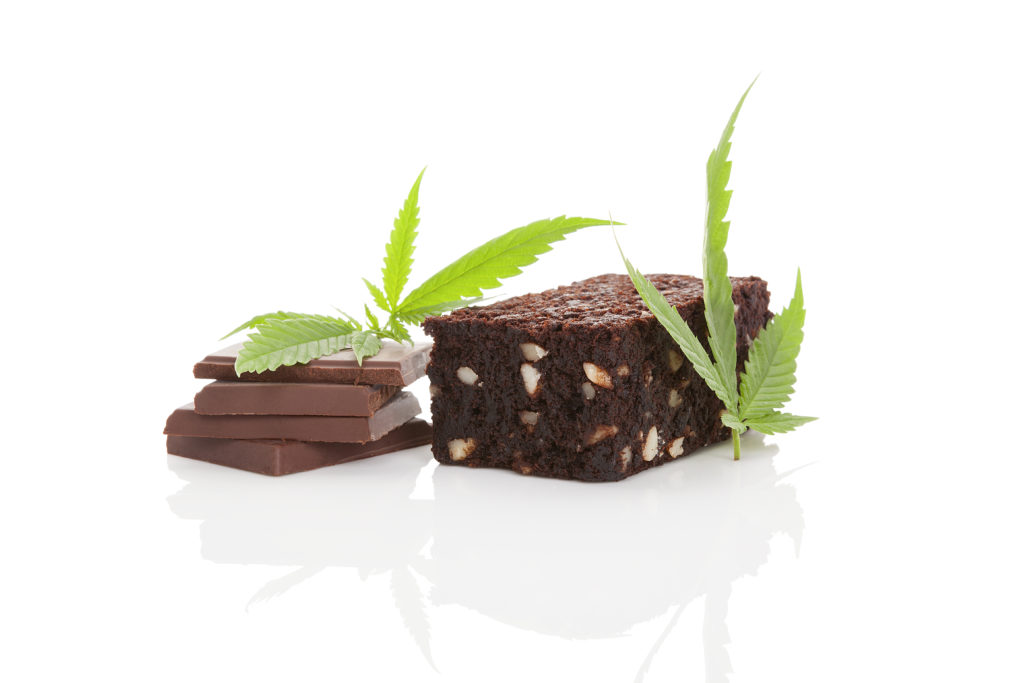 As the term suggests, edibles are, in fact, edible types of marijuana that are ingested orally. Baked goods, gummies, candies and sodas are among the most popular types of edibles. When it comes to administering cannabis through edibles, dosages can range from as little as one milligram to thousands of milligrams per package.

Edibles are made by introducing decarboxylated flower or concentrate into ingredients during food preparation. This can be achieved, for example, by heating flower or concentrates like shatter in an oven or on a stovetop, and bonding it with a fat or other ingredient before cooking or otherwise preparing the finished product. Syringes containing distillate and Rick Simpson Oil (RSO) can be similarly added to foods as a means of medicating.

When determining what dosage is right for you, it’s important to start small, keeping in mind that you can always consume more once you’ve had the chance to gauge the effects. Everybody has different levels of tolerance to THC, given that the CB1 and CB2 receptors in each of our endocannabinoid systems are individually unique. 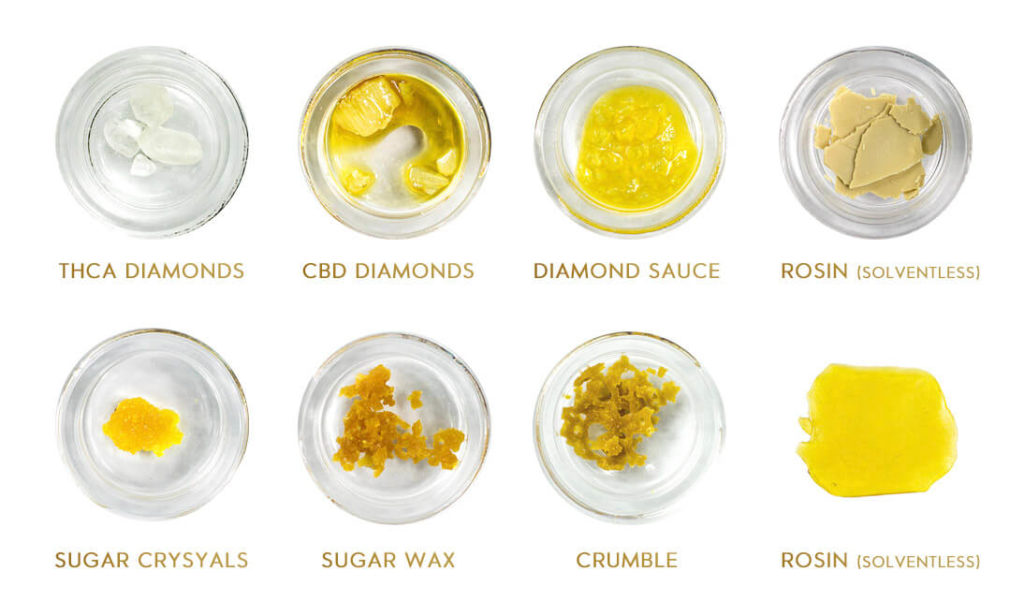 Concentrates, also known as extracts, are—you guessed it—concentrated forms of marijuana. Extracted from parts of the plant that are highest in THC, concentrates are becoming increasingly popular, especially among dabbers and those with a higher cannabis tolerance. Typically, concentrates are significantly more potent than flower, making it easy to achieve the desired affect with a notably smaller amount of product. Concentrates are extracted using a variety of techniques such as hydrocarbon and solventless extraction.

Hydrocarbon extracts are made by breaking down the plant matter through the use of a solvent like butane, which produces butane hash oil (BHO), or propane, which results in propane hash oil (PHO). This process strips the terpene oils and cannabinoids from the plant material, which is then discarded. Next, the butane or propane is purged, leaving the potent concentrate and miniscule amounts of the hydrocarbon, which can be measured in parts per million (PPM).

Unlike hydrocarbon extracts, solventless extracts are made without the use of elements like butane or propane. The process involves washing the plant matter in a bath of water and ice, followed by the application of heat and pressure as a means of “pressing” out the finished product. Solventless extraction is often heralded as a cleaner, higher quality form of extracting, and as such, some products derived from this technique, such as hash rosin, can be a bit more expensive in price.

One reason concentrates are so popular is the health advantage perceived to be present in dabbing over smoking. Cannabis has long been enjoyed through smoking its flower, which is to say it is combusted when lit, causing the delivery of carcinogens and other toxins, a number of which can present a cancer risk, into the body. Meanwhile, dab rigs and dab pens are traditionally heated to consumable levels through indirect heat at temperatures that emit vapors rather than smoke.

It should be noted that any perceived benefits are liable to vary depending upon the extraction method used and, consequently, the particular concentrate’s overall purity. Because it is still a relatively new facet of marijuana consumption, there is limited research available regarding the long-term effects of vaporizing, particularly as it compares to the well-documented effects of inhaling smoke. 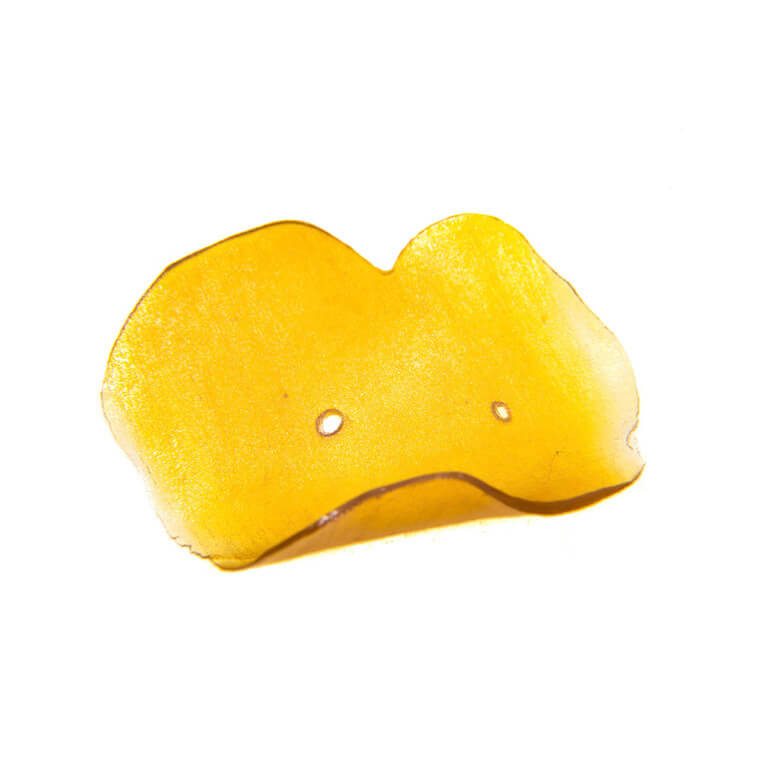 Among the most popular forms of marijuana concentrates, shatter gets its name from its glass-like appearance. Shatter is packaged as a flat sheet, and it can easily be “shattered” or cracked into dab-able portions by applying a minimal amount of pressure to any part of a given piece. 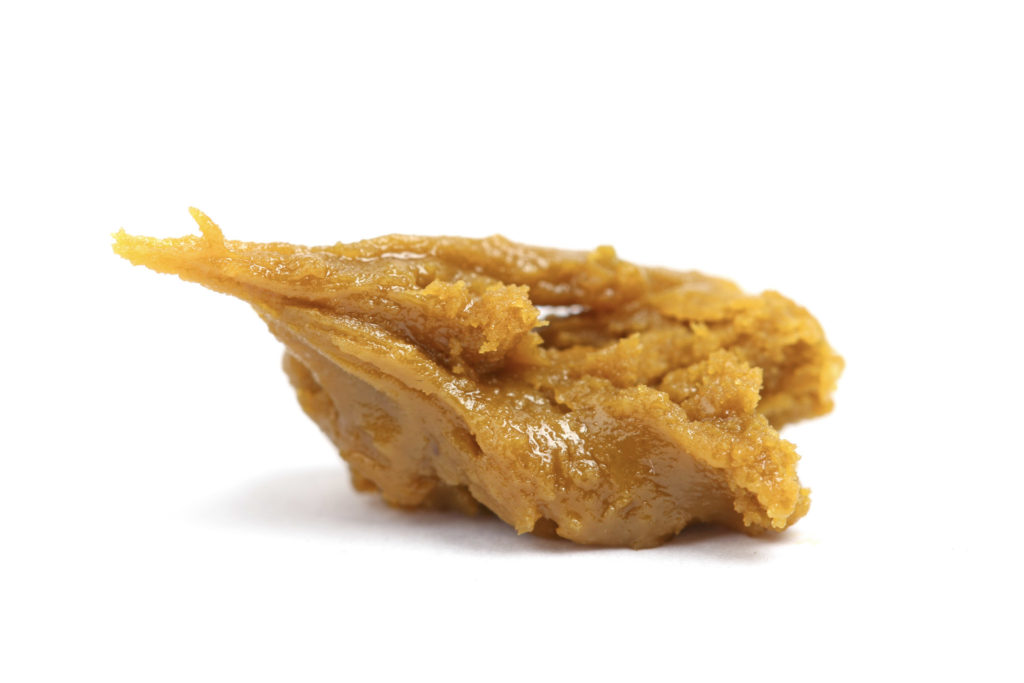 Badder, batter and budder are often used interchangeably to describe concentrates that have a malleable, almost peanut butter-like consistency. The different name designations sometimes denote the extent to which this extract is tough or flexible. 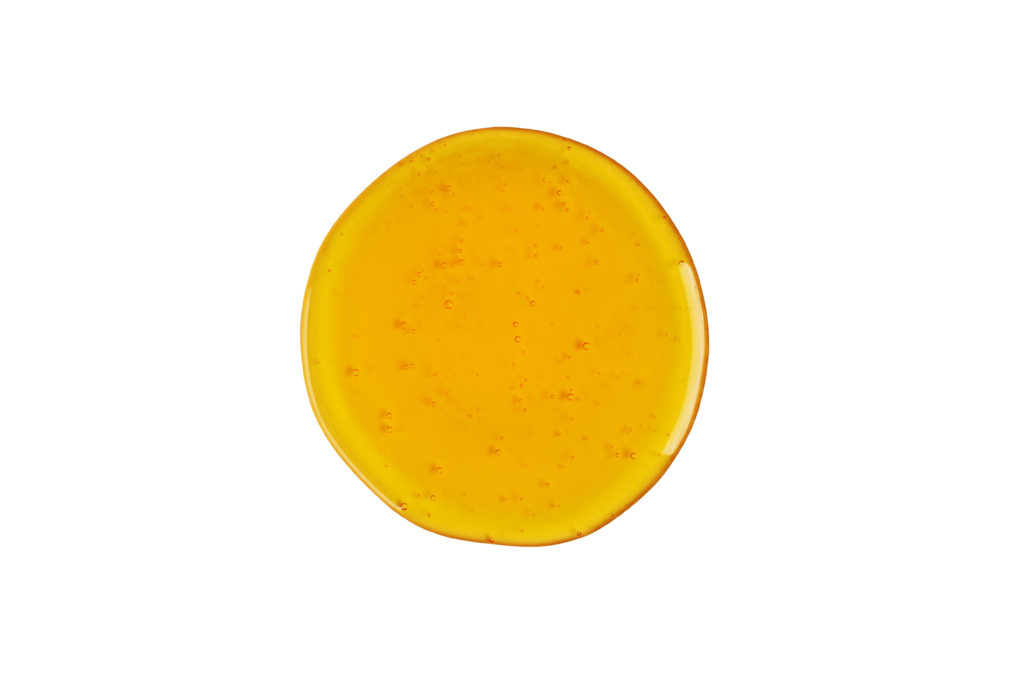 Sauce is an interesting type of extract in that it is, for all intents and purposes, actually two extracts before being combined to form sauce. Whereas usual hydrocarbon extraction processes take roughly a few days to complete, extracting sauce can take weeks.

During extraction, terpene oils adhere to the solvent being used for longer than others, allowing the formation of cannabinoid crystals. Eventually, the crystals sink to the bottom, separating from the terpene oils which float to the top. Finally, the purging process removes the solvents, and the oils and crystals are reunited, forming a consistency that resembles applesauce.

Crumble is a dry, often crumbly form of concentrate. Like shatter, crumble is typically extracted using hydrocarbon methods. However, whereas shatter is flat and smooth, crumble is notably rougher and more coarse, likely a result of oxidation. 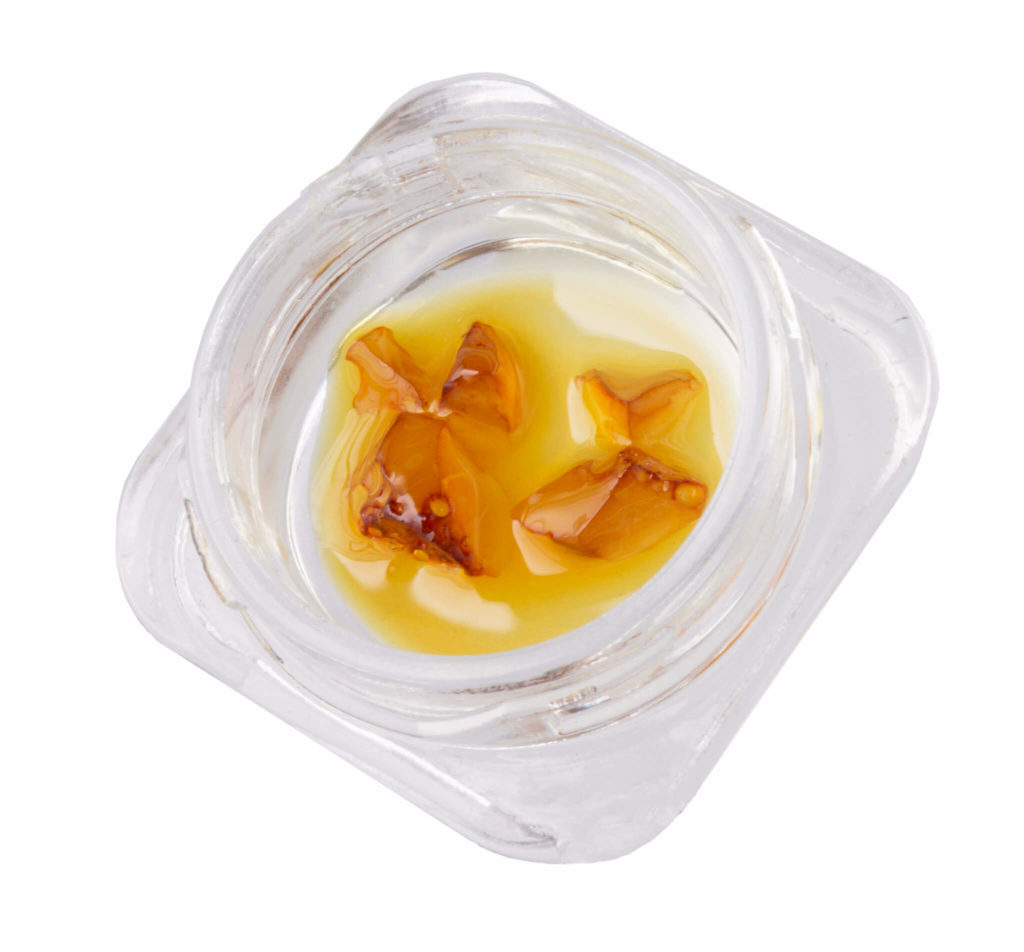